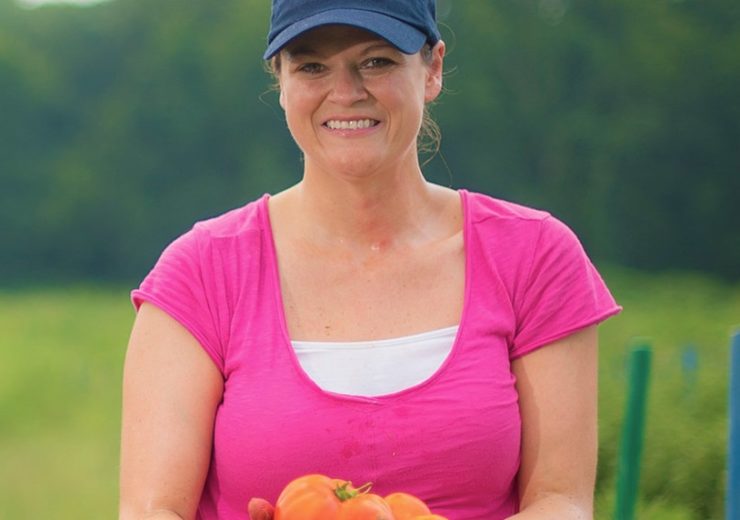 The agricultural industry is beginning to realise that women can bring new skills to help it modernise (Credit: USDA)

Regarded by many as one of the most traditional surviving industries, agriculture is undergoing a big change led by technology, science and the advancing role of women. Dan Robinson speaks to two role models who are playing a key role in shining the spotlight on female talent in farming.

“My father thought it was better to send his daughter off to marry a man with a bigger farm than encourage me to come back and work on the family farm.”

Welcome to the 1970s and an agricultural industry that felt more at home a couple of centuries further back in its attitudes.

There was little role for women like Jane Hiles in the family business, while the perception of the job involved monotonous tasks like driving a tractor up and down a field.

Thankfully, times have changed and while it’s hardly an exemplar in gender parity just yet, farming is finally catching up with the 21st century – and a female influence has had a key role in this modernisation.

Hiles, now 66 and with a senior role at a UK regional agricultural charity after a career in banking and property, says: “Farmers are having to diversify to keep their business growing.

“The big change we’re seeing is that women are driving a lot of the businesses that are taking the raw material being produced in agriculture and converting it into something the end consumer will buy.

“It means they can keep a small number of acres and produce the right sort of business opportunity and income for a family farm.

“Agriculture is one of the later industries to become attractive to women but it is now and it recognises that it needs a broader skillset.”

How Jane Hiles’ career took her to the Lincolnshire Agricultural Society

Hiles has been chairwoman of the trustees at Lincolnshire Agricultural Society for four years, bringing her life full circle.

Not that she’d have envisaged working in farming when embarking on her career.

“At the time I was looking for a career, it wasn’t encouraged to bring daughters into farming because people thought it was a tough job that needed a lot of physical work,” she recalls.

Instead, she trained as a chartered surveyor – where she was one of only two women on a course of more than 300 students – and worked in property and banking in cities including London and Bristol.

Her career has resulted in her achieving many “first female” feats, including becoming the first female regional manager at UK bank Halifax.

She also headed up its property business and was a non-executive director at online real estate platform Rightmove when it was set up in 2000 by a joint venture involving Halifax. She was in post when it floated on the London Stock Exchange in 2006.

But having married a farmer when she was 45, Hiles decided to make a return to family farming in Lincolnshire.

A lifelong habit continued when she became the first female treasurer and chairwoman of the Lincolnshire Agricultural Society, an organisation marking its 150th anniversary this year that runs the Lincolnshire Show in the east of England.

It also promotes food, farming and the countryside, with a series of educational workshops at schools in the local area.

Two businesses that highlight the advancing role of women in agriculture

One of the biggest changes Hiles noticed when she returned to agriculture was that the industry had moved from the domain of families to large corporations, while new entrants are in short supply.

But another is the perception of the job itself.

“The attitude from my father’s day was that people saw it as a job that required a lot of physical hard work and skill in growing crops,” she says.

“But now there’s a lot more appreciation of the skill in running a business – and I think that’s why more women are involved now.

“It’s a much more diverse industry that covers jobs from people picking up potatoes all the way to senior managers and accountants.”

It’s this theme of diversity that crops up repeatedly and was demonstrated by the backgrounds of two speakers at an International Women’s Day lunch held by the society earlier this year.

Amy Jobe comes from a farming background but found a way to diversify her cattle to sell artisan beef under her premium Lincoln Russet brand.

While Sophie Arlott has lived on a farm since 1999 with her husband and two sons, she doesn’t have any agricultural roots in her family and only began breeding sheep in 2010.

After then realising the quality of her own lamb compared to what she’d previously bought from the butcher, she established her own brand Lavington Lamb.

Jayne Southall is CEO of Lincolnshire Showground – which alongside the agriculture show held over a weekend in June each year also hosts weddings, exhibitions and conferences – but she doesn’t have deep roots in the industry either.

The 58-year-old, who previously worked as company secretary and accountant for a timber company, joined the showground’s finance team in 2006.

After stepping up to acting CEO twice, she was offered the permanent role in 2011 and has since played a key role in transforming the commercial side of the business while heading up a team of 22.

Not that she hasn’t encountered difficulties for being a high-ranking woman.

“I wasn’t necessarily accepted at the beginning,” says Southall, who works with local suppliers and also supports the charitable and educational work carried out by the society – in which she plays a key role.

“Someone from another society once said ‘this is a man’s job – Lincolnshire must have gone for the cheaper option’.

“There was also a time when I was at a conference and some women though I was married to someone attending.

“It’s very much a man’s world at the top but here, we have quite a few managers who are female.

“We also have a very active under-35 group that meets once a month or so and it’s made up of 60% women.”

The society has two education officers who will visit 53 schools in the local area this year and runs the annual Field to Fork careers event at the showground.

Showcasing the range of opportunities available is a key target for the two women heading up the charity and commercial operation.

Hiles says: “Education is something the industry needs to invest in because we need the brightest and best to be successful.

“People have the wrong idea of farming. They think it’s picking ice-cold cauliflowers from a field in January or sitting in a tractor all day being bored.

“Or they think you can’t get into the industry because you need to own 500 acres of land.

“But in between those two extremes, there’s all these interesting jobs.

“With the science and robotics that’s coming in for growing food for future generations, we need to work hard to compete with other industries to get the right brains.”

Social media is playing an increasing role in both the educational side, but also marketing as more farmers set up Facebook and Twitter accounts.

One of the most well-known agricultural accounts on Twitter is Farmer Tom (@Farmer_Tom_UK), who posts videos and photographs about working life on a farm – as well as campaigning for people to buy locally-produced food – to his 7,000-plus followers.

Southall adds: “There’s so many farmers now on social media promoting what they do and new techniques – many of them wouldn’t have been into that not so long ago.

“Farmer Tom has been big for education – if you can’t get the farm to the classroom, get the classroom to the farm.”