Blockchain could give food supply chains the transparency they desperately need 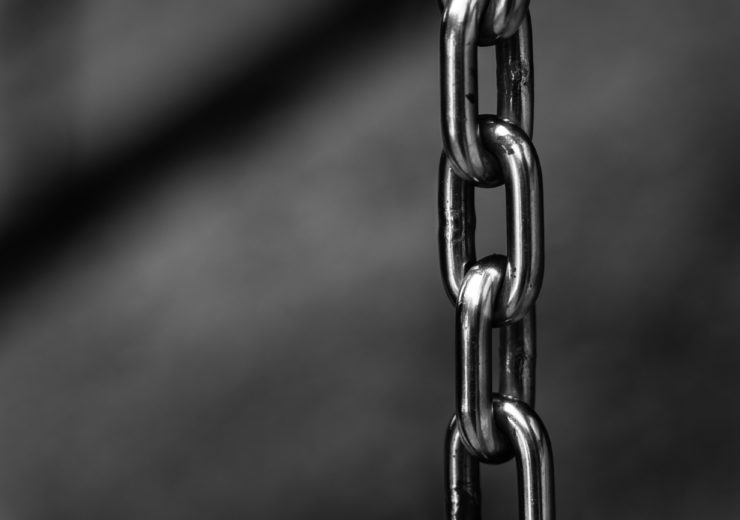 Blockchain technology can be used in supply chains to ensure traceability

Food supply chains are being corrupted by counterfeit goods, contamination and false claims of ingredient sources – but blockchain is providing some industry leaders with a light at the end of the tunnel.

Some retailers and producers are partnering with tech companies with the aim of building software that will provide transparency from field to plate using the decentralised, distributed ledger technology.

Supply chains are an ideal use case for blockchain, according to its supporters, because of its ability to record transactions across all computers involved so that archives can’t be changed or deleted without the alteration of all subsequent blocks.

Industry expert Simon Montford, founder of UK-based internet of things content and events business WEB3-IOT, told a panel discussion at IoT Solutions World Congress in Barcelona this week: “There are a lot of challenges surrounding food and the value chain.

“There’s a lot of incentives regarding financial rewards for bad players to somehow contaminate the system by getting counterfeit products into the supply chain and, or sell products that are supposed to come from a certain area of France but turn out not to be the case.

“It’s eroding trust for consumers, which can cause a lot of issues, but we potentially have a solution in the form of a revolutionary technology.”

Why is blockchain the answer for food supply chains?

France-based Carrefour Group is one of the world’s largest food retailers, with 12,000 stores across 30 countries.

Last year, it launched the first European blockchain in productive use for food traceability.

Emmanuel Delerm, the company’s blockchain programme director, said it wants to build collective trust for consumers and the various stakeholders in the supply chain – including farmers, manufacturers and retailers.

“It was the easiest way for us to connect and organise data without tackling some big issues, such as who is responsible for the data,” he said.

“With blockchain, there’s a system of responsibility in which you are still the owner of your own data.”

He added that, rather than there being a particular person controlling the data as is the case in a centralised system, such responsibility is spread across all participants, while it is also relatively cheap to run.

How blockchain is used in the tuna supply chain

In 2017, Bureau Veritas, the Paris-based international certification agency for a wide range of industries, ran a pilot alongside payments security specialist Worldline to use blockchain in the tuna fish sector.

Bureau Veritas had identified big holes in the supply chain at the early stage, when the fishing vessel unloads into a cargo ship in a transaction that could easily be contaminated by the presence of other fishermen with different species.

Bureau Veritas development director Antoine Giros said: “It’s quite a big industry with a complex supply chain because there are so many different players and quite complex fishing conditions.

“The first point of blockchain is it’s a technology that makes it easier for all the players in the system to share data.

“If you have it in a centralised database, you can get someone who says they don’t trust another person so it makes all the participants agree to work together.

“Secondly, with the blockchain system in tuna supply chain we’re able to time-track the goods at any point of the chain.

“It means that each time some fish are caught in the middle of the Pacific Ocean, we know in real-time which conditions the fish were caught, where they were caught and how they’re stored.

“It gives us real-time monitoring of the supply chain conditions. Each time we see a problem, we can make an intervention to remedy any issues.”

A by-product of the 2011 Fukushima nuclear disaster was major water contamination in the Pacific, leading to concerns about the impact this would have on seafood.

Giros said that if a similar type of incident occurred again, the blockchain system could then identify which fish were affected by highlighting the dates in which they were caught – allowing retailers or manufacturers to issue a product recall.

And while previously, it could have previously taken several days for an alert to be issued after a problem was identified because data was fragmented across different servers, this process now takes seconds, according to Delerm.

Blockchain used alongside other technologies in beverage industry

One of the companies developing blockchain platforms for the food and drink industry is TraceMyDrinks.io.

The company claims €3bn is lost in sales each year through counterfeit goods entering the supply chain, resulting in 4,800 job losses and €1bn tax losses.

It believes 30% of all alcohol consumed to be counterfeit.

Co-founder Tristram Borgmann said that while blockchain is a key part of its solution, it also uses other technologies like artificial intelligence and the internet of things.

He added: “Counterfeiting is a big problem in the beverage industry, especially when we talk about ultra-premium products.

“There are different scenarios – you could have fake alcohol and a fake label, or one of those is fake.

“We developed a machine learning tool to read bottle and batch numbers, so we could find a batch of 10,000 bottles or the particular one that’s affected.

“We want to make it very easy for the producer to use our technology so they don’t need any extra QR code – just the same label they already use and scan it to check whether or not it’s authentic.”

One of the limitations to blockchain is that it’s only as good as the data inputted, potentially calling into question its reliability.

“Bad actors are doing bad things because they get big rewards or not very harsh penalties so you have to make it not worth being a bad actor because they know they’ll be caught and get punished.

“You need to get everyone in on it in a shared ledger so they can all police their peers.

“This is just a system that allows better visibility but when the shit hits the fan, it’s the same result of real-world consequences like losing business and partnerships, and potentially trade penalties.”

But Delerm would rather see a positive system of control, rather than one that picks out those causing problems.

“We’re transitioning from a world in which one person is the sheriff who is focused on someone else to one in which we’re all the sheriffs,” he added.

“It’s not a top-down authoritarian model but one in which everyone has responsibility and trust.”

Another key difference is that blockchains used in supply chains are effectively closed intranet systems, according to Giros, as opposed to the public system used by Bitcoin.

The Bureau Veritas exec added: “These guys aren’t going to invite dodgy companies to participate in the first place because they will know who they are and do their own research.

“Blockchain will clearly not create bad behaviours, but bad behaviours could already exist and blockchain is a fantastic tool that could create dynamics in order to make people who could be tempted to behave badly think twice about it.”