Most of Nigeria's 190 million citizens do not have access to more than 140kWh per year of electricity, while the average US residential customer uses around 10,909kWh per year 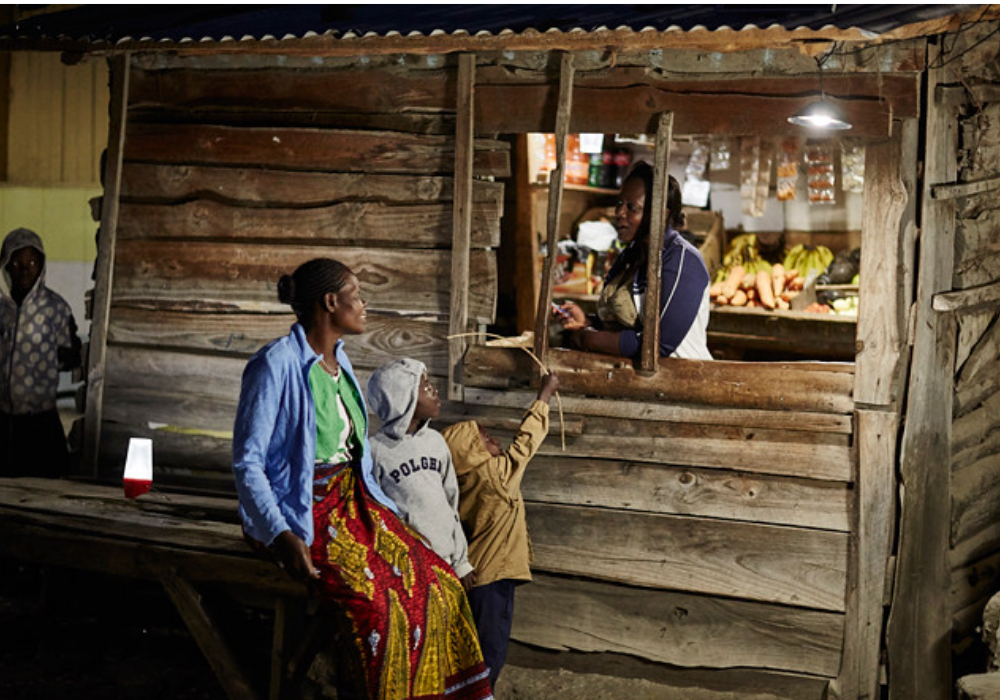 Energy poverty has left more than one billion people without access to electricity, according to research by the International Energy Agency. Clean energy company PyroGenesys’ CEO Simon Ighofose speaks to James Murray and explains how his UK-based start-up is working to deliver the renewable supplies of the vital commodity to communities in Nigeria.

Clean energy company PyroGenesys is aiming to use environmentally-friendly methods to transform the way off-grid communities in Nigeria receive electricity.

The UK-based start-up was founded in May 2017 by Simon Ighofose, Joseph Eke and Muhammad Saghir, who all met while studying a master’s degree in chemical engineering at Aston University.

The trio worked on projects for the Energy and Bioproducts Research Institute (EBRI) at the university, which conducts research into bioenergy — including energy-from-waste and the development of new bioproducts and services.

Where the idea for producing electricity in Nigeria came from

The idea for PyroGenesys came to fruition in 2011, when Nigerian-born Ighofose was in the west African country looking to launch a cassava starch mill – but soon realised most had either mothballed or gone out of business.

While he was in Nigeria, Ighofose experienced issues with electricity first-hand.

He then found an open-source paper published by two Aston University academics showing how a technology being developed could convert agricultural waste into diesel and jet fuel, and other renewable chemicals.

Ighofose realised that if he could learn how to make the product, he could bring it to Africa and solve some huge issues.

He was to spend the next six years retraining as a chemical engineer.

The CEO has also drawn upon experience of working in economic regeneration in local government, where he was the first non-executive director at Leicester City Council.

He managed a £4.5m ($5.8m) local authority grant programme and delivered a capital project at the Dow chemical plant in Barry.

That knowledge is helping him to ensure the engineering deliverables in the PyroGenesys project are being fully realised.

What makes PyroGenesys different from other companies producing electricity in Nigeria?

The majority of technologies in sub-Saharan Africa are predominantly simply looking to provide electricity, with solar being the only technology currently making inroads.

But the problem with solar is that, although environmentally-friendly, it is relatively expensive and most Africans are unable to afford a solar home kit.

PyroGenesys’ technology aims to be not just affordable, but also serve other purposes while solving the issues with electricity.

“What that means is that we don’t need economies of scale and to build a huge multi-million-pound facility.

“We can build a system in a containerised unit that can convert villages’ agricultural crop waste into not only the electricity that they need as a community but processed heat that we can now supply to local, rural industries.”

In Nigeria, one of the staple foods is Garri, which is a processed carbohydrate made from the root vegetable cassava – this can be made using the PyroGenesys system.

Processed heat can be used for frying the cassava, while the electricity created can operate the grinders.

The agricultural waste from the cassava peels and stems can be fed into the prototype’s system to make carbon, which can replace the charcoal that people get from cutting down trees and deforestation.

Alongside the environmental impact, there are also health benefits of using the clean energy system, as well as opportunities for foreign exchange.

“The carbon that we produce that replaces the charcoal is a smokeless solid fuel, so you don’t have the health hazards associated with typical firewood and charcoal usage,” adds Ighofose.

“And because of its smokeless fuel specifications, we have off-take partners that are willing to buy it off us for use in the UK — in low-emission zones and urban centres, where you want to have solid fuel burners.”

The impact PyroGenesys aims to have on electricity supply in Nigeria

The company has Innovate UK Energy Catalyst Round Six funding and is currently delivering a feasibility study in Nigeria.

The study is giving the energy supplier’s technology validation in the UK, with the prototype currently under construction and due to be launched by the end of this year.

Nigeria’s population is 190 million and most of its citizens do not have access to more than 140kWh per year of electricity – which is far lower than people in the western world.

According to the US Energy Information Administration, the average US residential customer uses approximately 909kWh per month of energy or around 10,909 kWh per year.

One of PyroGenesys’ 100kW systems will supply 1,600 Nigerians with electricity.

Ighofose says: “In order to triple the electricity usage for most Nigerians we would need 119,000 of our systems.”

As an initial starting point, PyroGenesys has set itself a realistic target of producing 100 systems over the next couple of years.

Each unit will require a crew of six people working on it, and the feasibility study is assessing whether one crew can manage 10 machines, or if each machine will need its own team.

Ighofose is confident that the business model will support either 60 or 600 members of staff, based on the fact that the company is producing commodities, instead of just electricity.

Where the project will operate and who is PyroGenesys working with

As the feasibility study is ongoing, the locations for where the technology will be used are so far unknown.

The University of Leicester is using its geospatial data to identify potential sites of interest for PyroGenesys, with three main requirements necessary for each location.

They must have sufficient quantities of the right agricultural waste, a large enough population that is consuming enough electricity, and commercial or industrial load banks for their heat and electricity.

In terms of on-the-ground partners in Nigeria, the energy supplier is working with the African Agricultural Technology Foundation (AATF), which receives large-scale funding from major organisations.

AATF is in the process of validating potential sites for the prototype to operate in the country.

PyroGenesys will then follow that process up with a technical visit to each of the shortlisted sites, where it will work out the practicalities for the locations.

Once the feasibility study is complete, the company will go back to InnovateUK next year and enter the next round of funding.

Ighofose says: “Innovate UK have told us that as long as we deliver our project successfully and they can see that our technology is viable and that the business plan is going to work in Nigeria, they would expect us to be applying for next stage funding, for a two-year project to actually implement our technology in Nigeria.

The next stage after that for PyroGenesys would be to roll out five machines, with plans for two of them to be staged in Nigeria and the other three to be housed in other sub-Saharan countries.

In order to take the technology into other countries, the company has submitted two Innovate UK energy catalyst round seven applications for a feasibility study that will indicate what it needs to do to deploy in Ethiopia and Liberia.

Ighofose says: “The reason for Ethiopia is because I was one of the delegates selected by Innovate UK to go on a brokerage event to Ethiopia.

“We were introduced to government ministers there, who told us that the Ethiopian government is going to be investing in off-grid mini-grids, so our solution would be perfect for that.”

Could PyroGenesys spark the next industrial revolution in Africa?

PyroGenesys believe that the roll-out of its technology could potentially kick-start the next industrial revolution in Africa.

Ighofose says: “What you can produce in a petrol chemical plant with a biorefinery, you can produce at a village level if you can get the economies of scale small enough.

“If you give them those three things and you train them technically, Nigeria has an oil and gas industry so we’ve got plenty of engineering technicians.

“Then you deploy them into the biorefinery sector and we provide the capability, at the village level. That’s the real power.”