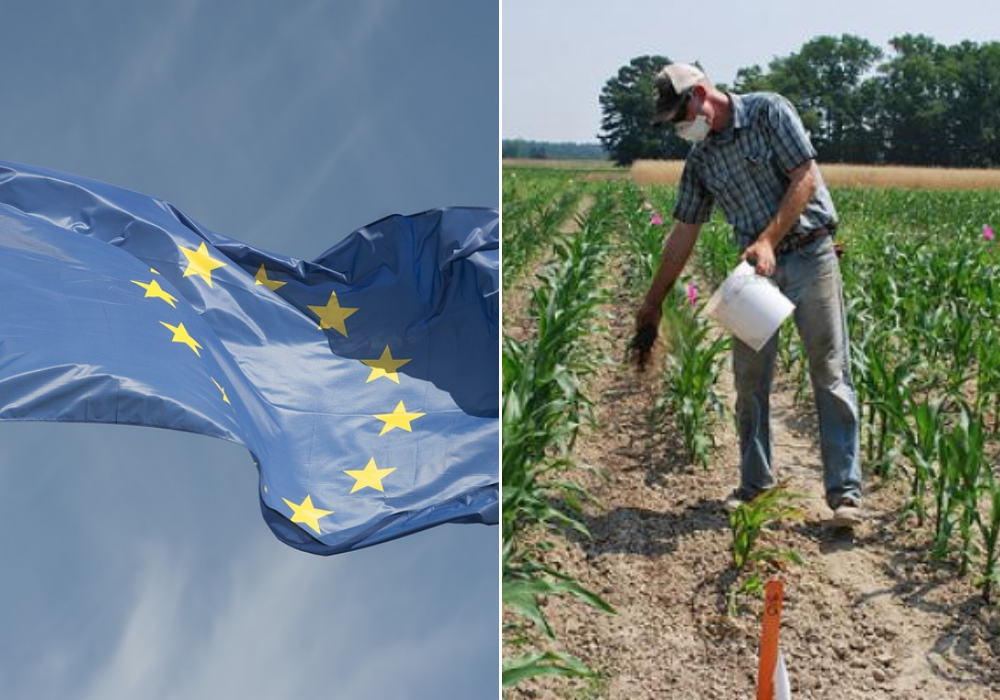 The EU has set out proposals on how to provide sustainability within agriculture (Credit: US Department of Agriculture/ arembowski)

The EU’s Green Deal sets out strict measures for a move to cleaner energy – but there is also a clear focus on how to ensure sustainable production within agriculture.

Included in the initiative is the European Commission’s “Farm to Fork” strategy, which aims to provide a fair, healthy and environmentally-friendly food system to help combat growing concerns surrounding a global food shortage.

It also regards this as an opportunity to improve the quality of produce within member countries, in turn sporting a transition towards healthier diets and reducing obesity levels.

Speaking when the proposals were revealed in December 2019, the Commission’s president Ursula von der Leyen said: “The European Green Deal is our new growth strategy – for a growth that gives back more than it takes away.

“It shows how to transform our way of living and working, of producing and consuming so that we live healthier and make our businesses innovative.

“We can all be involved in the transition and we can all benefit from the opportunities.”

Here, NS Agriculture looks at how the EU’s Green Deal impacts on the agriculture industry.

What is the EU’s Green Deal?

The Green Deal, published in December 2019, was proposed by the European Commission, which is the executive branch of the EU and is responsible for proposing legislation, implementing decisions, upholding treaties and managing the union’s day-to-day business.

It says the scheme is a roadmap for making the EU’s economy sustainable by “turning climate and environmental challenges into opportunities across all policy areas and making the transition just and inclusive for all”.

In what will be the biggest policy overhaul since the union took on its modern format in 1993, almost every major aspect of its economy will be re-evaluated as the planet faces climate concerns and environmental emergencies.

By creating a new sustainability approach, the EU hopes it can reduce greenhouse gas emissions by at least 50% between 1990 levels and 2030.

The EU says it will invite the European Parliament and the European Council to endorse the Commission’s ambition for Europe’s future economy and the environment, before bringing forward the measures announced in the deal.

What does the EU’s Green Deal mean for agriculture?

The EU says it will present within 100 days the first European Climate Law to reach its ambition of being the world’s first climate-neutral continent by 2050.

A key component of the Commission’s plans is the Farm to Fork strategy, which it aims to launch in spring 2020, alongside a broad stakeholder debate covering all the stages of the food chain to “pave the way to formulating a more sustainable food policy”.

There have been concerns surrounding a global food shortage, with the changing climate impacting on farming methods and production.

It is, therefore, important for policymakers to ensure a clear path is recognised to providing a sustainable agricultural sector for future generations.

The EU claims European food is famous for being safe, nutritious and of high quality, but states that it should now also become the global standard for sustainability.

It says there are new opportunities for all operators in the food supply chain and adds that new technologies and scientific discoveries, combined with increasing public awareness and demand for sustainable food, will benefit all connected parties.

A move towards a circular economy – in which goods are produced with the intention of being reused – will involve greater scrutiny on the use of packaging, food waste, storage and transport in the retail sector.

But for fishing and marine organisations, climate change and ocean pollution is causing deep distress on operations.

The EU believes European farmers and fishermen are key to managing its transition to sustainability.

The initiative aims to strengthen the efforts of these industries to tackle climate change, protect the environment and preserve biodiversity.

It says the common agricultural policy and common fisheries policy will remain important tools to support these efforts while ensuring a “decent living for farmers, fishermen and their families”.

The Commission is proposing for the common agricultural policy for 2021 to 2027 to stipulate that at least 40% of the policy’s overall budget – and at least 30% of the Maritime Fisheries Fund – contribute to climate action.

Each country will submit its agricultural policy plans, to which the union added it will work with the European Parliament and European Council to achieve at least the level of ambition it hopes will be contributed to climate action.

The deal says the plans for agriculture will be assessed against “robust climate and environmental criteria”, with the use of sustainable practices, such as precision agriculture, organic farming, agro-ecology, agro-forestry and stricter animal welfare standards.

The EU aims to “shift the focus from compliance to performance”, with farmers being rewarded for their “improved environmental and climate performance”.

This will be after taking part in eco-schemes like managing and storing carbon in the soil, and improved nutrient management to improve water quality and reduce emissions.

It adds that it plans to work with the member countries to develop the potential of sustainable seafood as a source of low-carbon food.

Reducing the risks of chemicals

The strategy will encourage an increase in the level of ambition to “reduce significantly” the use and risk of chemical pesticides, as well as the use of fertilisers and antibiotics.

The EU says it will open up dialogue with stakeholders to identify the measures and potential legislation needed to bring about the reductions.

It also believes organic farming needs to be increased in Europe and admits that innovative ways to protect harvests from pests and diseases are required.

Additionally, the union plans to consider the potential role of new, innovative techniques to improve the sustainability of the food system, while ensuring they are operated safely.

The deal says it will “strive to stimulate sustainable food consumption and promote affordable healthy food for all”.

As part of this, imported food that does not comply with relevant EU environmental standards will not be allowed on EU markets.

To help consumers move towards healthy, sustainable diets and reduce food, the Commission plans to propose actions for this.

It will explore new ways to give consumers better information, including by digital media, on details such as where the food comes from, its nutritional value, and its environmental footprint.

The strategy will also contain proposals to improve the position of farmers in the supply chain.