What is the fall armyworm pest and how is it affecting agriculture? 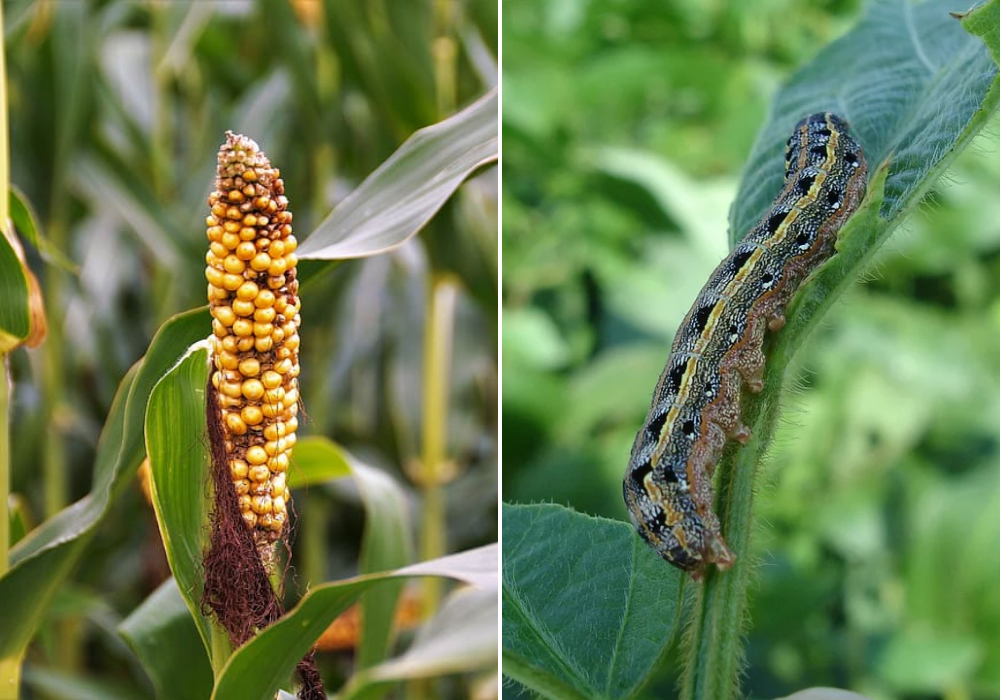 Once a fall armyworm becomes a moth, it is believed they can fly up to 100km a night (Credit: Pxfuel/Julio César García)

With a changing climate just one of many issues affecting agriculture, the continued growth of fall armyworm will be yet another unwelcome problem for farmers in some of the world’s most deprived countries.

The pest is native to the tropical regions of the Americas, with the first case recorded in the US state of Georgia in 1797.

But in 2016, the fall armyworm was detected time in Africa, where it has now been found across 28 of the continent’s countries.

It has been reaping havoc for farmers’ livelihoods and is believed to devour more than 80 plant species, including rice, sugarcane, groundnuts, vegetable crops and cotton.

According to the UN’s Food and Agriculture Organisation (FAO), fall armyworm has affected millions of hectares of the cereal grains maize and sorghum across the globe.

What is the fall armyworm pest?

The species comes under the Lepidoptera classification and, as a juvenile, is in the larval life stage of an armyworm moth.

Although the name may suggest the pest is a worm, it is a caterpillar that, once it has consumed enough food, turns into a moth.

The pest has been given the name armyworm because of the way it tears through fields in large groups — like an army — and feasts on just about any crop. Its scientific name derives from frugiperda, which is Latin for lost fruit.

The caterpillars do not need to consume much food in their early stages, but it is believed they can eat 50 times more once they reach the latter stages of development, according to a report by the Southern Grain Insects Research Laboratory.

This means their presence in a field may not be noticed until crops are almost destroyed, which can happen overnight due to their increased appetite.

Which countries are the fall armyworms found?

Once a fall armyworm becomes a moth, it is believed they can fly up to 100km at night, allowing them to travel long distances during the summer months to find favourable conditions to survive.

They have been recorded in nearly all states east of the Rocky Mountains, which stretch through British Columbia, Canada and New Mexico, US — but tend to be found mostly in the south-eastern states.

Alongside the Americas and Africa, fall armyworms were also discovered in India during June 2018, before causing crop devastation across more than 10 of the country’s states by early 2019.

It is believed to have affected nearly two million hectares of the world’s maize crops, which is the third-most important cereal crop in India after rice and wheat — accounting for about 9% of the country’s total food grain production.

In January 2019, the destructive pest was discovered in China’s south-west province Yunnan – the first recorded case in the country.

It has now made its way through at least 26 provinces and is expected to hit China’s north-east wheat belt this year, according to a report by a Chinese government institute.

The National Agriculture Technology Extension Service Center(NATESC), an institute under the Ministry of Agriculture and Rural Affairs, said if fall armyworms impact the wheat belt, the situation will be “extremely grave”.

It is now thought to have made its way through 50 countries across Africa and Asia, threatening an assault on the world’s production of key crops.

In an attempt to tackle the impact of fall armyworms in Africa, the FAO claims to have supported more than 30 projects on the continent to help fight the pest.

It has provided recommendations on pesticide management, monitoring and early warning, and a practical guide for farmers and government extension workers on how to best manage the pest.

Early planting in the harvest season has been widely noted as the best way to limit the impact of fall armyworms, allowing plants to strengthen by the time the number of pests increases later in the season.

But to limit pesticide usage, Chinese manufacturer of agricultural drones XAG has developed a technology that has a spraying efficiency of 14-hectares per hour.

It increases the fall armyworm’s exposure to chemicals, and cuts down 30% on pesticide and 90% agricultural water use, while reducing the degree of moth migration.