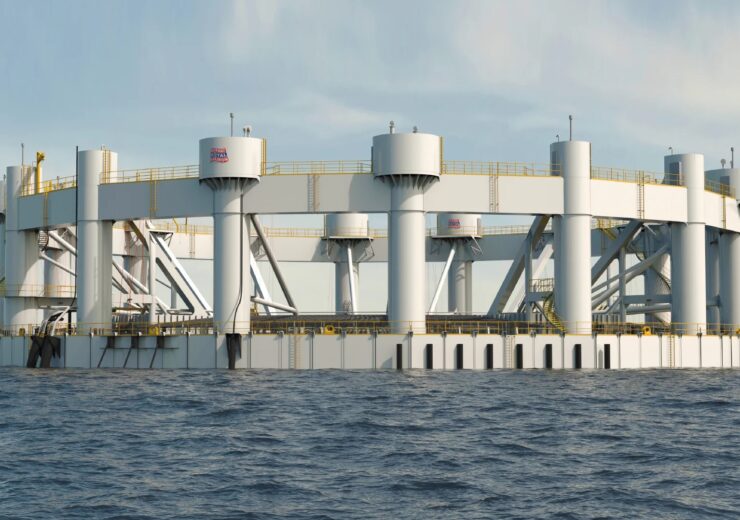 Aker Solutions had worked together with Norway Royal Salmon on the design of the Arctic Offshore Farming’s harsh environment installation. Valued at NOK40m ($4.57m), the contract is considered to be one of the first to be delivered by Aker.

Presently, Arctic Offshore Farming’s facilities are being prefabricated as four separate sections at the Fosen Yard in Emden, Germany.

In the first quarter of next year, the modules will be transported on a barge to Aker Solutions’ specialised yard in Verdal, Norway, from where the four sections will be assembled into two circular fish farming units.

Norway Royal Salmon projects senior vice president Knut Engene said: “Bringing Aker Solutions’ facility in Verdal into the project for assembly of the two steel cages together with the design team in Aker Solutions, a wide range of partners and suppliers, and the fabrication contractor Fosen Yard, is in all interests creating a successful salmon farming facility with Arctic Offshore Farming.”

The scope of Aker Solutions’ contract includes preparatory activities for the fabrication, receipt of components, assembly, services to Arctic Offshore Farming and their suppliers, along with preparation for sea transport.

Each of the two fish farming units weighs about 3,800 metric tons, with a diameter of 80m and a height of 22m.

Aker Solutions renewables executive vice president Karl-Petter Løken said: “We will leverage our expertise and capabilities from the oil and gas industry also in other markets. Our ambition is to grow our renewable projects and low-carbon solutions to count for one-third of the revenues by 2025, and two thirds by 2030.

“We are currently pursuing prospects within offshore wind power, carbon capture, fish farming and several other solutions. The new contract for Arctic Offshore Farming shows that we can be a relevant and competitive contractor for such markets.”