Upon completion, the project is due to become Bloom’s first commercial scale on-site biogas to electricity project in the country 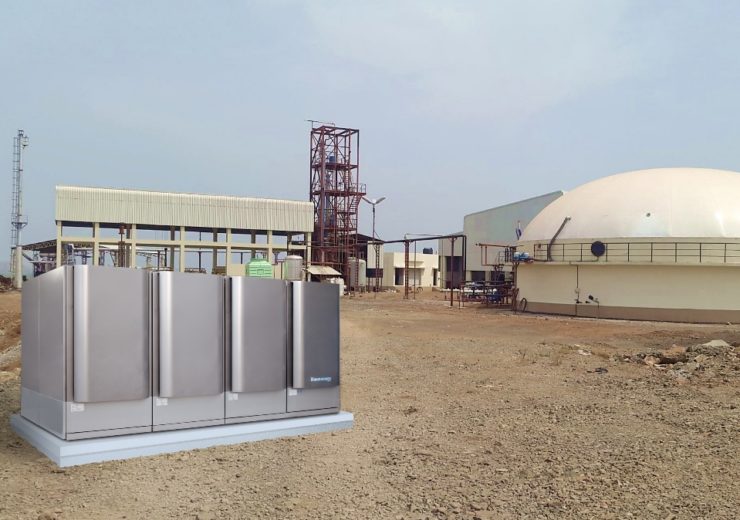 Bloom Energy and EnergyPower have agreed to put in a joint effort to deploy an integrated solution to supply clean and reliable power to local businesses in India.

Anaerobic digesters will be put it use for breaking down and cleaning biowaste to produce biomethane. The biomethane will be used as the fuel to Bloom Energy Servers.

Expected to have a significant environmental impact, the methane produced from the project is claimed to be 25 times more potent in the atmosphere than CO2 emissions.

As part of the project, Bloom Energy plans to install and operate 4MW of its Servers at the plant in Shirala in the first half of next year.

EnergyPower chairman and managing director Shyam Vasantrao Raut said: “We are happy to bring Bloom Energy’s technology into our clean energy ecosystem at a time when India’s industrial sectors continue to grow.

“After demonstration, we plan to deploy the solution in the majority of the states in India.”

Bloom Energy developed its solid oxide fuel cell Silicon Valley and is claimed to be the world’s highest-efficiency electricity generating device. Bloom Energy Servers can use natural gas, biogas or hydrogen as fuel and produce power without combustion through an electrochemical process that can generate virtually no smog-forming emissions.

As biogas is used as fuel, Bloom Energy Servers can produce zero-carbon electricity on-site, allowing easy deployment around the world without relying on the traditional grid.

“We see great opportunities with the combination of biogas technology and our fuel cells in India.”

The company’s technology, developed with iAssure International Technologies is claimed to be patent pending.