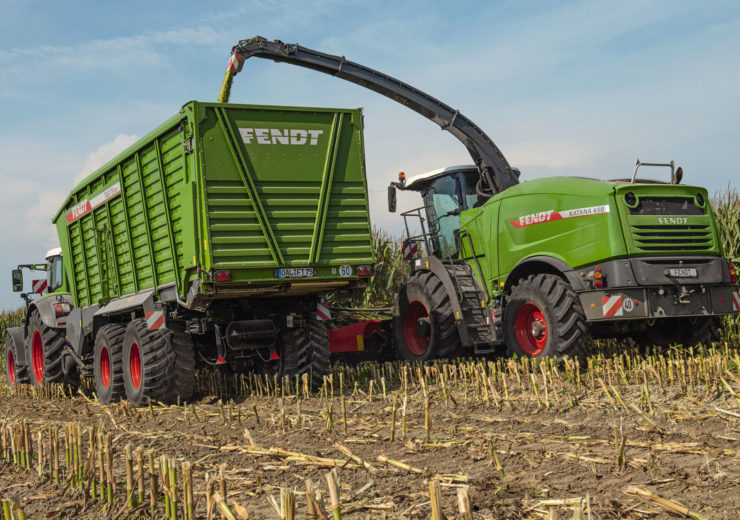 Fendt, a German agricultural machinery producer, announced the start of production of the new Katana 650, a new series of forage harvester with 25 PS more engine power that was unveiled at Agritechnica 2019.

Production of the new generation of Fendt Katana 650 started this month as planned at the AGCO/Fendt location in Hohenmölsen (Saxony-Anhalt), Germany.

Earlier this month, the company claims to have placed the first main frame of the forage harvester on the main assembly line.

Fendt, a worldwide brand of AGCO, stated that the new model series of Katana 650 is equipped with new technical features including a new roller conditioner R- and RS- roller crackers.

The R-Cracker is claimed to not give any grain a chance and due to its large processing area, greater grain disintegration takes place. The RS roller cracker is characterised by its saw-tooth profile and the additional V-spiral groove.

Fendt also stated that Katana 650’s ability to split has been extended to up to 30mm with new crackers for optimum performance. The integrated V-spiral groove defibers the crop even better at longer chop lengths, increasing the quality of the harvested material.

With the new RS roller cracker, the harvester can meet all the requirements of customers ranging from dairy cattle or biogas farmers. A wide range of applications can be accomplished using only the two options, the company further claimed.

AGCO/Fendt production managing director EkkehartGläser said: “Our location Hohenmölsen has a high level of competence in the assembly of the forage harvesters. Since 2011 all of the models are being produced there.

“Similar to the Vario tractor from Marktoberdorf the new Katana model undergoes a two-hour test procedure to determine the quality of the self-propelled machine.

“But what we have introduced for the first time: One of the first machines is being sent from the production line directly into field use to analyse and optimise immediate readiness and quality of the forage harvester.”

In April this year, the company announced the start of production at several of its assembly and production facilities that were earlier closed due to the lockdowns announced in the wake of Covid-19 pandemic.