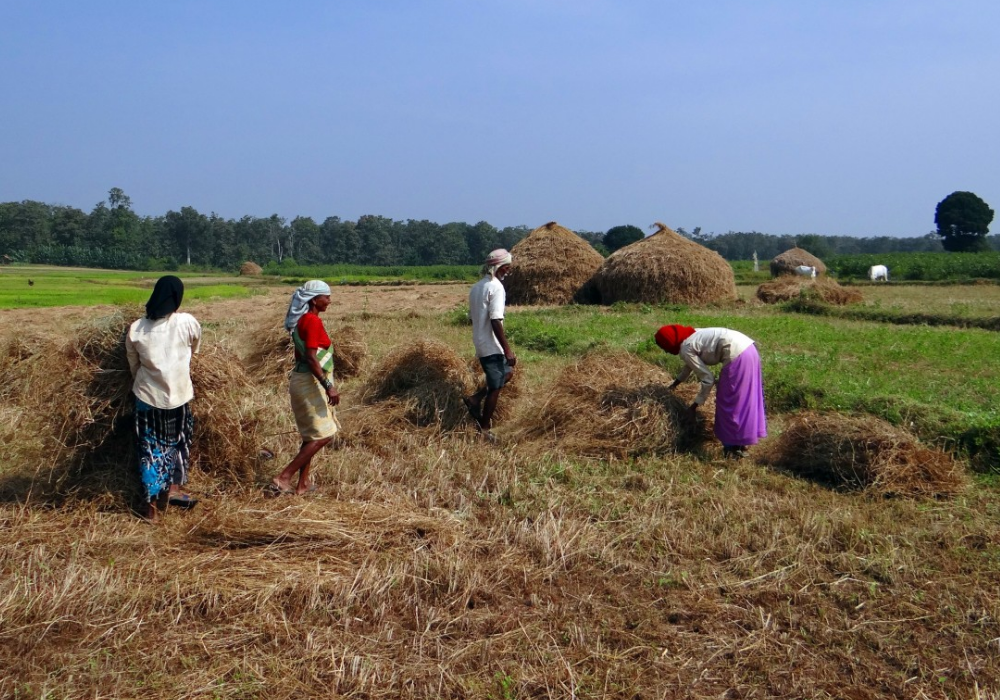 IFAD has seven projects in place to help improve the income of Indian farmers (credit: pxhere)

In a country where more than 400 million still live in poverty, the International Fund for Agricultural Development (IFAD) has initiated several projects to tackle this by boosting the income of farmers and helping to build long-term sustainable food production systems.

Dedicated to eradicating poverty and hunger in developing countries, UN agency IFAD has spent decades working to achieve this in India by enhancing farmers’ access to markets and financial services, while promoting sustainable, climate-resilient agricultural development that improves household nutrition.

Talking about its aims in India, IFAD president Gilbert Houngbo said: “As one of the countries hardest hit by climate change, the partnership between India and IFAD and its shared work to build the resilience of rural communities has become increasingly important.

“IFAD maintains its commitment to India to support their efforts in fortifying smallholder food production to be economically, socially and environmentally viable.”

Here NS Agriculture offers an insight into each of the seven IFAD-funded projects in India.

Farmers of Nagaland and Mizoram in the north-eastern region have traditionally used a shifting cultivation system known as jhum.

Although it used to provide rural communities with sufficient food, fibre and energy, the practice has become unsustainable due to population growth, soil degradation and erosion, climate change, and a shift to high-value crops for increased incomes.

The project aims to familiarise farmers with jhum cultivation methods that are not only more productive and sustainable, but also increase resilience to climate change and improve incomes.

Smallholders in the Rayalaseema region and Prakasam area of Andhra Pradesh are hit by drought and depletion of groundwater in a context of climate change and climate variability.

The project works to improve the use and production of drought-tolerant crops and methods to enhance soil fertility and moisture.

The production of livestock is also a target for improvement — introducing sheep farmers to better animal housing, feeding and breeding, while a backyard poultry scheme will target the poorest women in the area.

This programme attempts to improve the livelihoods of people left devastated by the 2004 tsunami, which killed more than 200,000 people.

Participants include fishermen, workers in fisheries, farmers and agricultural labourers in coastal areas. The project comes with a specific focus on marginalised groups such as women household heads and members of designated castes.

It promotes community participation and planning, as well as support for sustainable resource management in coastal areas, along with access to rural finance and insurance services.

There is also a community-based marine safety and disaster management plan.

It attempts to improve technologies for the production of traditional food crops and livestock.

To make food production more reliable, the project contributes to watershed development — the conservation and regeneration of resources — in order to conserve water and soil resources.

It also supports the production of fodder and other non-timber forest products in community forest areas.

Located in the north-eastern region, this project aims to improve household incomes and the quality of life in Meghalaya through improved natural resource management and food security, livelihoods support, and knowledge services.

The objective is to create new, sustainable livelihoods adapted to the hilly environment, and to build capacity to adapt to the impact of climate change.

The programme operates in 12 districts of Odisha State, where a large number of vulnerable tribal groups live.

Its primary target is to improve the livelihoods and food security of households by safeguarding their rights to land and forest resources, improving their agricultural practices and ensuring their access to health and education.

In Jharkhand, India’s fifth-poorest state, just over half of the nearly 33 million inhabitants live below the poverty line, with around 26% designated tribespeople and 78% living in rural areas.

The project aims to improve the living conditions of tribal communities, and of highly vulnerable tribal groups in particular, by helping them to earn a living from the sustainable and equitable use of natural resources.