The new facility, which will create 175 jobs upon completion, will source pea and canola from Western Canada 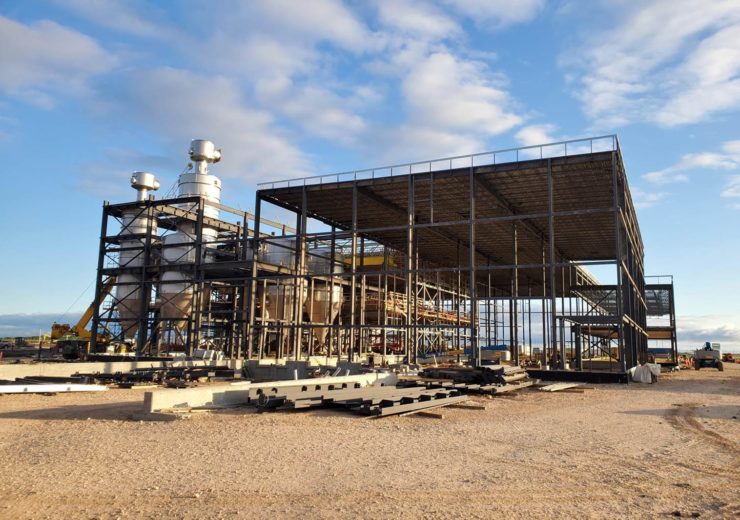 Merit Functional Foods announced that the construction is in progress on its new production facility in Winnipeg, Manitoba.

When completed, the 94,000ft² facility will produce high-quality pea and canola protein.

The facility’s superstructure was assembled last month and the initial placement of equipment and enclosure of the building is now taking place. The facility is expected to create more than 175 jobs in the coming three years.

From farm to the facility, the company’s supply chain is claimed to be made-in-Canada, as it sources its pea and canola from Western Canada and is processing and manufactured in Winnipeg, Manitoba.

Merit stated that Manitoba is at the heart of Canada’s agricultural hubs and its capacity to support project utilities’ requirements, make it an ideal location for the facility.

Merit Functional Foods co-CEO Ryan Bracken said: “This facility is going to be key in redefining plant-based protein. It’s a flexible facility that will produce an unprecedented pea protein and the first canola protein available for use in foods and beverages.

“Both of these proteins will have functional and nutritional characteristics that will set them apart from other ingredients available on the market.”

Merit’s new facility has been designed to meet market demand

The new facility is touted to have been designed to optimally meet initial market demand for the company’s speciality protein ingredients and it is also being designed keeping future growth in mind.

The finance will help to commercialise and increase production capacity to address the growing global demand for plant-based proteins.

Canadian Minister of Agriculture and Agri-Food Marie-Claude Bibeau said: “The made-in-Canada agricultural technologies and innovations from Merit Functional Foods not only give us a competitive advantage in the global marketplace, but they are also creating jobs and adding value to our farmers’ commodities.

“This is a very exciting project that demonstrates our Government’s commitment to positioning Canada as a leader in the production of plant proteins.”