Terramera to build $555m centre for regenerative agriculture in Canada

To be powered by Microsoft Azure, the new centre is expected to bring clean technology to growers to fight climate change and to ensure that Canada can scale up its regenerative agriculture 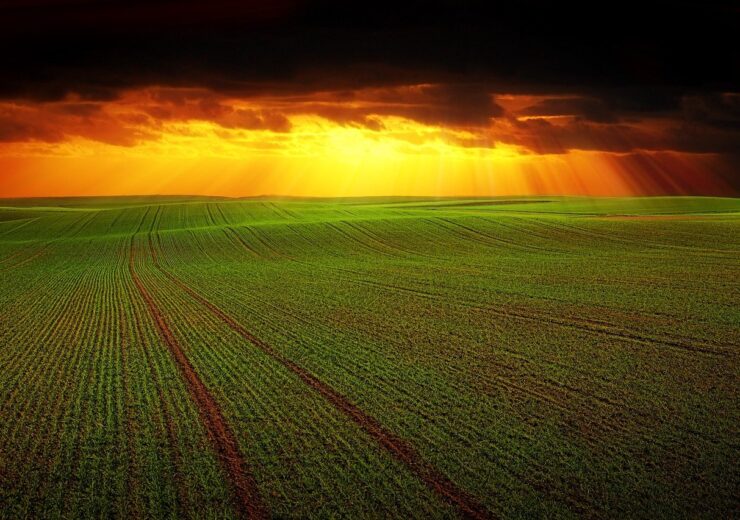 Terramera, an agritech company, has announced its plans to build a C$730m ($555m) Global Centre for Regenerative Agriculture (Global Centre) in Canada.

To be powered by Microsoft Azure, the new Global Centre is expected to bring clean technology to growers to fight climate change and to ensure that Canada can scale up its regenerative agriculture.

Regenerative agriculture will include a set of practices that can bring down carbon from the air and store it in the soil, improving plant and soil health.

Through incentivising regenerative farming practices, the Global Centre will allow Canadian farms and ranches to pull down 78 gigatonnes of CO2 from the atmosphere by 2050.

The company further stated that 2.5 million jobs could be created in Canada in the coming decades, by taking up the regenerative farming practices.

The C$730m plan will include private investment along with applications for federal and provincial support to build and scale the technology that can quantify soil carbon sequestration and compensate farmers in establishing a sustainable carbon credit market.

The plan is expected to create one of the largest regenerative agriculture initiatives in the world, building multi-purpose facilities including labs, greenhouses, offices and classrooms in British Columbia and integrate field testing sites across Canada.

The new centre to begin operations next year

It is a shovel-ready project and is expected to staff next year. The sensing studies and facility construction could extend through 2025.

Terramera founder and CEO Karn Manhas said: “Canada has the opportunity to lead the world in regenerative agriculture, build Canadian innovation, technology and our economy and turn back the clock on climate change to set a new course for our planet.

“This is a historic proposal for Canada that builds an economic engine around two of our key industries, agriculture and technology, ultimately stimulating millions of quality new jobs, generating trillions for the economy and getting Canada to net zero emissions before 2050.”

Microsoft is expected to play an important role in bringing the Global Centre to life with its Azure storage and compute services running Terramera’s artificial intelligence (AI) and machine learning (ML). Microsoft’s FarmBeats will also serve as the data collection platform to integrate field data from IoT sensors, drones and many other sources.

Microsoft Canada national technology officer John Weigelt said: “Microsoft has a long-standing commitment to sustainability and the work Terramera is doing with AI will go a long way to help farmers and ranchers fight climate change.

“Leveraging Microsoft Azure supports a scale that would be impossible to achieve without the cloud. We look forward to seeing the outcome of this initiative and see potential to apply the learnings globally.”

Terramera to build $555m centre for regenerative agriculture in Canada