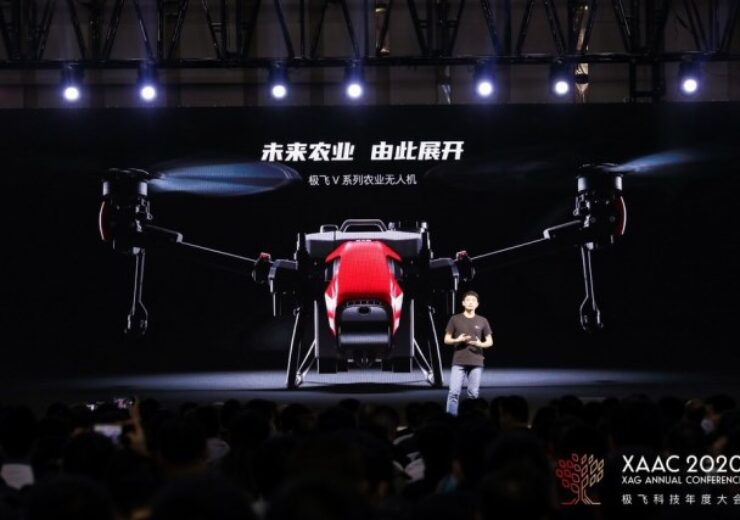 The new launches consist of three models of the XAG agricultural drone and two editions of the R150 unmanned ground vehicle for broadcast and mower.

The company has launched two new editions of the XAG R150 unmanned ground vehicle. They are suitable for large-scale broadcast and precision mowing.

Claimed to be the world’s first mass-produced agricultural robots, the XAG R150’s can be used for crop spraying, on-farm transport, and field monitoring.

XAG V40 is said to be the industry’s first dual-rotor agricultural drone, which uses downdraft to allow spray particles penetrate the leaves and plants more efficiently.

The company has also introduced prescription map technology in agriculture. XAG RealTerra is the payload system that facilitates the application of prescription map solution on seeding, fertilisation, and crop protection. It also supports the new P Series and V Series by offering aerial mapping for HD digital farm images.

XAG co-founder Justin Gong said: “In the face of these challenges, we need to leverage the power of agri-tech to reshape the agriculture and food system, bridging the rural digital divide and helping farmers yield a higher profit margin of producing crops.”

In May this year, XAG launched a new drone for rice seeding, to mitigate the shortage of labour in agriculture.