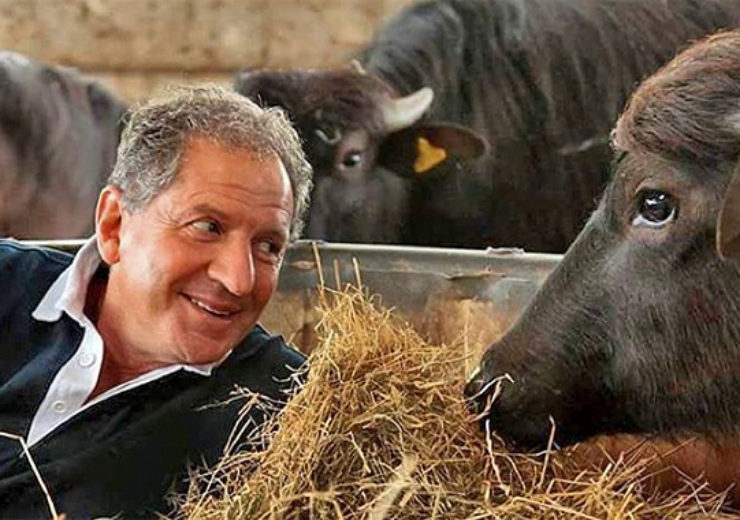 In his Formula One heyday, Jody Scheckter was a rival to sporting giants like Niki Lauda and James Hunt as he won the 1979 World Championship. And while it may appear he’s opted for the quiet life by setting up an organic farm in Britain, his venture into agriculture has been equally as challenging.

Jody Scheckter has been on quite the journey ever since growing up in the city of East London on the south-east coast of South Africa in the 1950s.

Last year marked the 40th anniversary of his 1979 Formula One World Championship-winning season when he drove the famous red car of Ferrari.

Following his retirement from driving just a year later, he moved to the US and started up what went on to be highly successful firearms training company for the police and military.

But Scheckter then moved to Hampshire in south-east England, where he bought 500 acres of land with the intentions of setting up a farm that produced organic, healthy food for his family.

Upon realising too much meat would be going to waste by producing solely for his family, the ex-racing driver bought nearby Laverstoke Park Farm, which is spread across 2,500 acres of land.

He says that everything he has done on the farm has been to produce the “best-tasting, healthiest food, without compromise“.

“I have always felt organic is the best way to ensure that – and I still believe that now,” adds the South African, who turns 70 later this month.

“This way of producing food ensures that the conservation comes free, which is exactly how it should be.

“We should always be trying to produce the best-tasting, healthiest food – not just the cheapest and fastest.”

Laverstoke Park Farm is well known across the county of Hampshire and regularly holds events that have piqued national interest.

It is home to the annual CarFest South, which is a three-day festival attended by more than 28,000 people daily – enjoying music, motor cars and other activities in an attempt to raise money for BBC Children in Need and UK children’s charities.

The farm was also the stage for ITV’s Sugar Free Farm show, where celebrities ditched their modern food habits and instead took on a sugar-free diet.

For his organic farm, Scheckter says he built a charcuterie factory and an abattoir slaughterhouse, and provided the equipment to make mozzarella and ice cream from the 2,500 buffaloes that were previously kept on the farm.

Laverstoke has won awards for nearly all the organic food it has produced, Scheckter claims.

Listed on its website are honours such as the Great Taste Awards, World Cheese Awards and Independent English Wine Awards.

Despite the recognition, Scheckter says the primary purpose of the farm was to sell and it hasn’t always been so successful in this regard because its products – although high in quality – were only traded in small volumes.

“So four years ago, we decided to cut down on a lot of our products that were not making money,” he adds.

“At one point we had over 120 products in the online supermarket Ocado because we were producing a lot in the abattoir, but it was crazy.

“So now we’re concentrating on our buffalo mozzarella and ice cream. Pret a Manger has been our biggest customer and, alongside Ocado, we’re now in Waitrose and many restaurants.”

Jody Scheckter on the business of running a farm

For the first 10 to 15 years when he was trying to build a brand, Scheckter admits he didn’t completely understand the food industry.

He says he was much better at his firearms training business in the US, which involved developing mechanical software and hard for simulators.

“When I came here, I thought I knew what I was doing and I could create what I wanted to do,” he says.

“So I thought I was really smart coming over here and I was going to do that with food, but it’s a completely different way of doing business.”

Scheckter says he was putting his own money into the farm for more than 12 years and it was failing to make a profit, so the family decided the business had to stand on its own feet.

Scheckter says: “Now we are a normal farm and it is now making a profit, because it is running as a farm instead of producing for the factories.

“It has taken a massive amount of money over the years. I didn’t want for it to be a failure and if I had closed it 10 years ago, that’s what it would’ve been.

“But last year was the first year I didn’t put money in and we are making a little profit now.”

They also claim organic production is better for the environment and kinder to animals.

Scheckter says when he started in organic farming, many people got involved in it because they thought it was a profitable business to be in, but he insists his incentives were purely based around producing good food.

“I wasn’t an organic movement guy – I was just trying to do my thing,” Scheckter explains.

“It’s changed up and down over the years. At one time, organic was seen as a negative thing because of statements from the government.

At its peak under Scheckter’s ownership, Laverstoke had 180 members of staff – but since cutting back on products, it is now down to 55.

Scheckter – who lost one of his six children with wife Clare when daughter Ila, 21, died suddenly in October last year – admits there have been a number of lessons he has learned after having the “luxury” of spending lots of money earned while he was in the US on the farm.

“But actually, when you have got that money, you don’t run it efficiently,” he adds.

“It was too complex and the volume was too small. If I have learned anything, it’s that you have to have volume in food and that good food doesn’t always sell.

“I have learned a long, expensive lesson and it is now running efficiently, but I wish I had done that 10 years ago because that’s what it had to be in this business.”