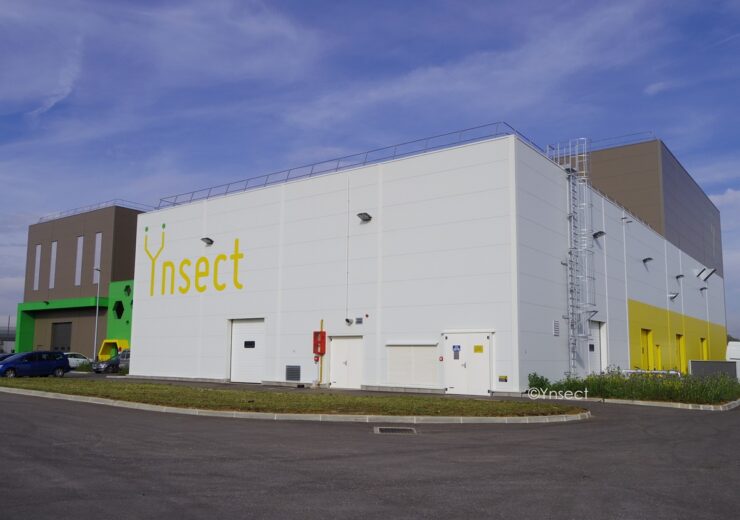 The funding will help Ÿnsect complete its insect farm under construction in Paris, France, which is considered to be the largest in the world. It will also use the financing to develop new product lines and expand in regions such as North America, Europe and Asia.

The company aims to produce 100,000 tonnes of insect products annually, while creating 500 direct and indirect jobs in the process.

A growing world population is creating a demand for protein and plants, not only for human consumption, but also as a source of food for fish, poultry, pigs and livestock that people consume.

The spike in demand for protein and plants will definitely be a serious risk to the already delicate ecosystems, as extra water and land would be required with more greenhouse gases being emitted.

Ÿnsect aims to address the problem by creating a technology to cultivate mealworm as a variety of digestible protein and fertiliser products.

The products are claimed to sustainably replace animal protein consumed in the supply chain by fish and livestock farms, animal protein used in pet food and fertilisers used in plant nutrition, bringing greater yields and health benefits for the animals and plants that are fed.

Ÿnsect cultivates the Molitor mealworm in a vertical farm, where 98% less land is used, significantly reducing the carbon and biodiversity footprints of protein production.

The process has been designed for a circular economy as it claims to generate zero waste meaning everything which is produced is sold.

Ÿnsect will produce a wide range of protein products to feed fish, livestock and plants

Ÿnsect co-founder, president and CEO Antoine Hubert said: “Our ambition is to revolutionize the food chain which, literally, starts from the basics: insects and soil. It concerns all of us, whether we are meat lovers or vegans because it is how our plants and animals are fed.

“Ÿnsect isn’t just about insect farming. With climate change and increasing populations worldwide, we need to produce more food with less available land and fewer resources, so that we’re not clearing forests and emptying our oceans. We believe Ÿnsect can play a pivotal role in this global solution.”