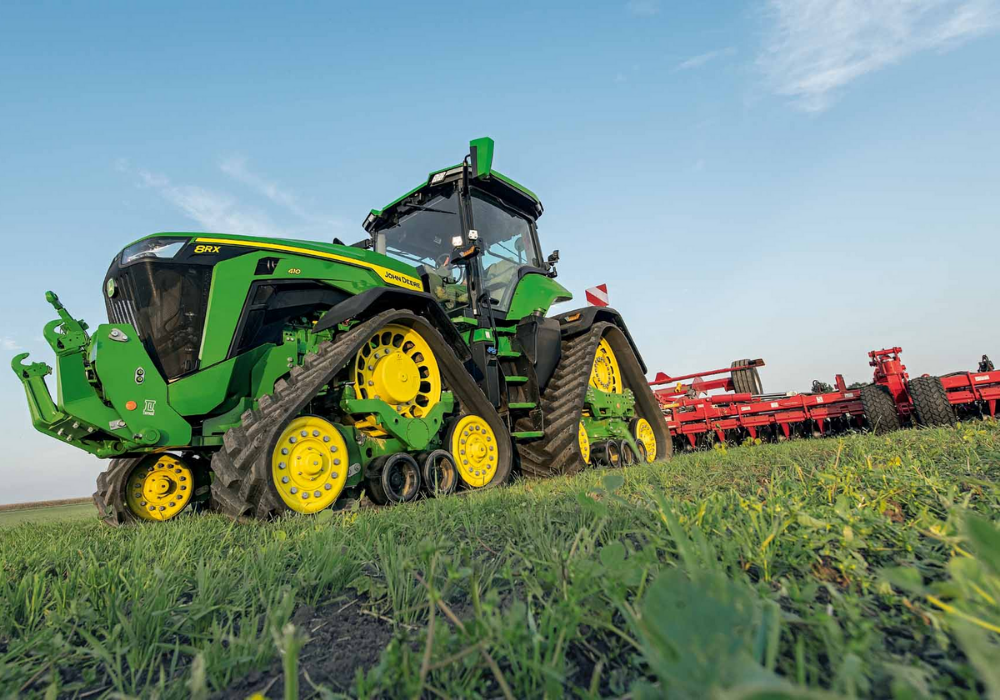 Machine learning offers a “tonne of opportunities” in agriculture, says the boss of a John Deere-owned company that’s using the technology in farming equipment.

His California-based, independently-run company has developed agricultural spraying equipment for John Deere that helps improve the detection of pests and weeds in a field.

Speaking at this week’s Consumer Electronics Show (CES) in Las Vegas, Ridden said: “Going through to the next stage in agriculture, where we are bringing intelligence into the machines to do more with less, there are a tonne of opportunities.

“In this, we are hiring and building up teams to bring these state-of-the-art algorithms into the field.”

How spraying equipment in agriculture is using machine learning

Impacting on every one of the world’s 7.7 billion people each day, agriculture is an industry like no other, with new advancements in farm machinery set to define its future.

Blue River’s “see and spray” technology is a modern use case of precision agriculture, where a machine has a camera installed that detects every plant in a field within 50 milliseconds before providing plant-by-plant care.

This process is supported by a second camera, also attached to the machine, that checks the actions taken and ensures they were performed correctly.

Ridden said this allows operators to have centimetre-scale accuracy across the entire field as the machine is travelling through it, which he described as a “major advancement in the type of precision you can bring to the field”.

He claimed the see and spray technology allows farmers to use 90% less herbicide in a field while working with better precision – thus giving them the tools to do “more with less”.

How see and spray equipment uses machine learning in agriculture

Ridden highlighted an example of machine learning being used to resolve and issue with the see and spray equipment during the testing phase.

The see and spray machine wasn’t performing to required standards on a particular field so Blue River analysed the data and came up with a new algorithmic model that worked better once redeployed.

“It wasn’t until a couple of weeks later that we figured out what was actually the problem,” said Ridden.

“The crop had some hill damage and so it looked considerably different from the crops we had seen before.

“The amazing component of this is that, through the data, we didn’t actually have to know how to come up with the new algorithm for hill-damaged crops.

“We could just take the data, label it, add it to the training set and then reliably inspect that the model would generalise and start to do well on that new class.”

Machine learning on sensors for machinery within agriculture

Deep learning systems have allowed Blue River to use data in a number of different ways.

In agriculture, it is important to get a full picture of an area or a field.

A typical problem with cameras is that the dynamic range is often quite low, so a number of different images need to be captured and then combined to create a wider dynamic range.

But when travelling on large farm machinery through a field, it is difficult to take a number of shots because the scene underneath is constantly changing.

Blue River has worked on methods to combat this issue.

Ridden said the company has supplied the cameras with graphics processing units (GPUs), which are electronic circuits designed to rapidly manipulate and alter memory to accelerate the creation of images in a frame buffer.

He explained that one of the machines displayed next to him on stage was equipped with 36 cameras and 36 GPUs on board that aimed to capture, process and deploy a computer vision at scale to create clearer, more dynamic range images.

He noted that another machine has about 50 control systems on board – each of which is helping to perform operations effectively.

“It isn’t just about navigating and driving through the field, the machine is doing a job – which is spraying,” added Ridden.

“If you look across the whole fleet, we have the harvesters, sprayers, planters and, on each one, we have a lot of high-value control systems.

“We are at the cutting edge of finding out where the future of control systems is going and what the right areas are to bring in machine learning to make these better so that we can improve individual jobs in the field.”

Ridden described the machines as “tremendously powerful robotic systems” and closed his talk by saying the audience would be hard-pressed to find a “more robust, robotics platform” that is doing a “more important job” at the entire CES conference.