Expected to open in 2024, the new Sydney Fish Market will create more than 700 permanent jobs while accommodating millions of visitors each year 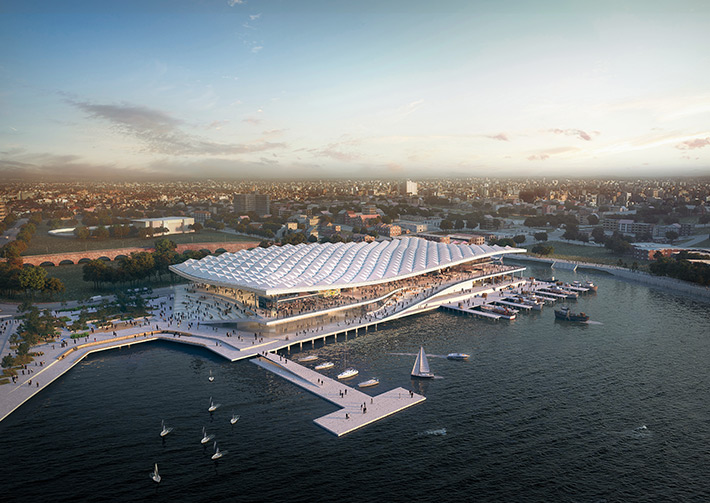 The state government of New South Wales (NSW), Australia has given its approval for the redevelopment of the Sydney Fish Market, a wholesale auction and working fish market in Sydney, Australia.

According to New South Wales Premier Gladys Berejiklian, the approval paves the way for construction on the site to start, creating 700 construction jobs and more than 700 permanent jobs once the new markets open in 2024.

Berejiklian said: “Projects equal jobs. Building infrastructure will be key to our economic recovery out of this pandemic which is why we have already accelerated several infrastructure projects in NSW, creating thousands of jobs.

“This is an exciting step forward for the new Sydney Fish Market, with construction to soon get underway on this incredible new precinct on the doorstep of the CBD.

“Not only will the new Sydney Fish Market continue to be the beating heart of our State’s seafood industry, it will also continue to lead the way as one of Australia’s leading tourist destinations.”

Early works are expected to begin on-site within the next eight weeks. A tender process for the major construction phase could also begin early next year.

The four-storey market will be home to restaurants, cafés, bars, and speciality food retailers

The new building will include a wide range of fishmongers, restaurants, cafés, bars, and speciality food retailers in a four-storey market hall setting along with new public promenades and a ferry wharf.

The new Sydney Fish Market will offer more than 4,700m² of new public open space, paving the way for a future shared pedestrian and cycle path providing access to waterfront to Woolloomooloo.

The design of the new market by Danish architect 3XN, in association with Sydney firms BVN and Aspect Studios, has been approved by the NSW Government. The new building will be constructed over the waters of Blackwattle Bay and adjacent to the current site.

As per Planning and Public Spaces Minister Rob Stokes, the Sydney Fish Market was approved through the Government’s new Planning System Acceleration Program that is fast-tracking planning assessments.