The new terminal will store, blend and distribute a full suite of fertiliser products that include liquid micronutrients and nitrogen stabilisers 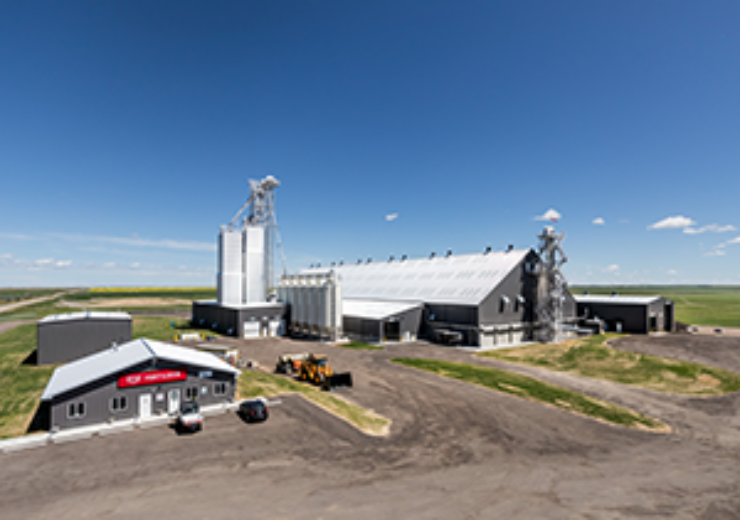 FCL has invested C$42.8m ($33m) in the new terminal, which was built by PCL Construction’s Agribusiness division.

The facility comprises five buildings, a complex, a system of fertiliser receiving, blending and shipping equipment and a 2.5km rail loop which is connected to the CP Rail mainline that is large enough to host a unit train consisting of 110 rail cars.

The new terminal will store, blend and distribute a full suite of fertiliser products that include liquid micronutrients and nitrogen stabilisers.

Construction of the new terminal was announced in February 2019 and was completed in June this year.

FCL Ag and Consumer Business vice-president Ron Healey said: “We made this investment understanding the important role the fertiliser terminal will play in serving local co-ops and helping them meet the needs of their members and customers.

“We’ve appreciated the professional working relationship we’ve had with PCL. They’ve been responsive to our needs and ensured the project was completed on time and budget, paying particular attention to safety.”

The new fertiliser terminal will have 34,400 metric tonnes of storage capacity

The new terminal, with 34,400 metric tonnes of storage capacity, will be the main hub for fertiliser distribution to the local area, which will benefit all Co-op members in the region.

PCL Canadian Agribusiness manager Rob Duerksen said: “The professionalism displayed by the FCL team in collaboration with our Calgary Civil & Canadian Agribusiness divisions was excellent throughout the build, and our team is very proud to have reached substantial completion of the facility, a key project milestone, two and half months ahead of schedule.”