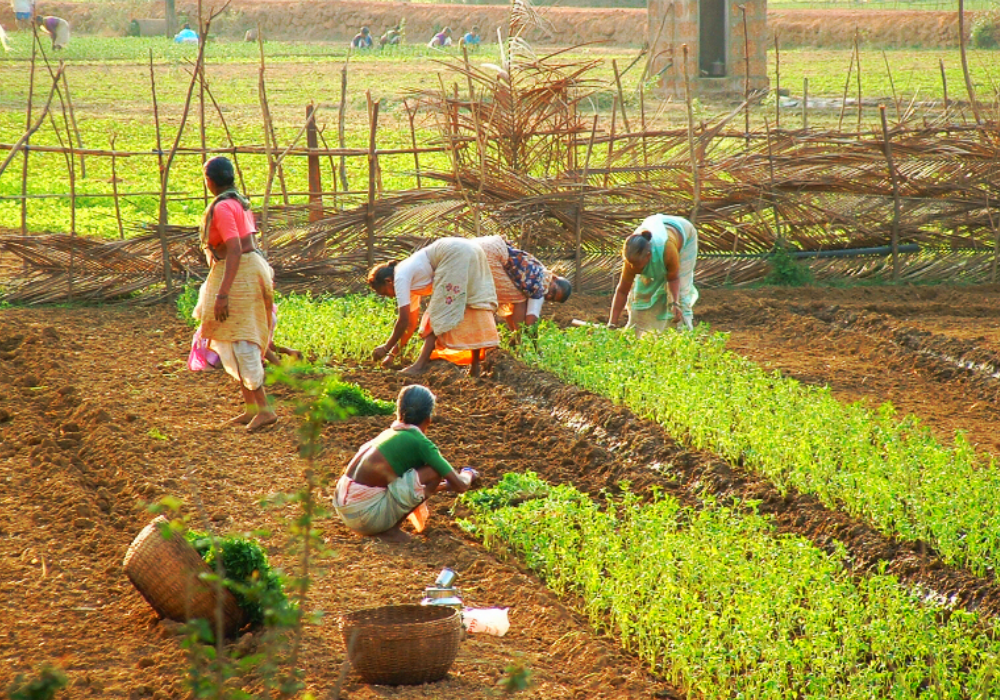 While technology has been slow in reaching developing countries, it has been far slower in equipping women in agriculture, says Andre Laperrière (Credit: Dominik Hundhammer)

Women in agriculture are the furthest behind in the digital divide and it’s time this changed, says Andre Laperrière, executive director of UN-backed initiative Global Open Data for Agriculture & Nutrition (GODAN). Here, he explains why.

Open and accessible information is an inalienable right and a key complement of liberty, equality and justice.

With the advent of personal computing and telecom, accessible information has been a liberating force, helping communities and individuals worldwide to equip themselves better to handle complex issues, by empowering people to make better decisions, reduce costs and increase income.

But the technology blanket has not been equitably spread. Intricate socio-economic factors have created multiple layers in the digital divide, that has widened the gap between the connected and the disconnected.

By definition, “digital-divide” has traditionally referred to the gap between those who have access to technology infrastructure and those who do not.

But there are three key layers that define this divide – by national infrastructure, economic position and, most widely, by gender.

Understanding and acknowledging these complexities will help us better prepare to address the issues.

Women in agriculture and the first digital divide

The first, between the economically advanced economies and the developing countries, is the most commonly cited divide.

While technology has proliferated across the world, the richer nations are better positioned financially to research and implement technology for problem-solving.

While the first divide between then developed and developing countries have been apparent for a while, wider proliferation helped reduce the cost of technology drastically, allowing a new generation of young entrepreneurs to implement impactful solutions.

Nowhere is this more apparent than in Africa, with the number of tech hubs growing by nearly 50% in 2019.

The continent is also home to two of the fastest-growing tech ecosystems in Nigeria and South Africa, creating impactful solutions from fintech to renewables.

The continent’s growing educated workforce has received critical interest from international giants including Microsoft and Twitter, helping re-shape the narrative of their economies.

Women in agriculture and the second digital divide

While the first divide is between the economically advanced and the developing economies, the wider divide is within key sectors operating in countries, akin to the financial power they hold.

An example of this is Esoko, an organisation which has enabled farmers and their buyers in the region access to open data through mobile phone technology to both obtain and share information relevant to the markets – encouraging fairer pricing based on shared feedback.

Through utilising open data to collect this information on a national scale, the company enabled farmers to create a self-sustainable business model combining data, farmers, customers, markets, dealers and phone companies on an open system, improving the livelihoods of hundreds and thousands of families.

With greater access to big data, farmers can use technology to maximise crop potential for economic gain.

But the second divide is once again economic – large farms operating at scale have better access to formal tech structures than small farmers do.

Women in agriculture and the third digital divide

The final divide is perhaps the most ignored and disregarded – and it is by gender.

Despite the fact that 70% to 90% of the agricultural labour force in many sub-Saharan African countries are women, according to statistics from the Food and Agriculture Organisation, they do not have access to same tools and resources as men.

Studies have found that working women are subject to supplementary responsibilities under complex cultural and social norms, making them additionally responsible for household duties, while men hold technological tools.

A 2019 report by the Global System for Mobile Communications Association (GSMA) on women and mobile identified the barriers to mobile phone access amongst women farmers in developing countries.

It pointed to a number of factors, including the high cost of ownership, cultural barriers discouraging female ownership of productive assets and technical literacy issues.

These cultural barriers, as well as lower educational and literacy levels amongst women farmers, reinforce the gap in technology access and usage.

According to the International Telecommunication Union (ITU), it was estimated by the end of 2013, 40% of the world’s inhabitants were using the internet – double what it was little more than a decade ago.

Yet progress has not reached everyone in the same way during this period.

For instance, despite having the highest growth in internet penetration across the globe, Africa remains the only continent whose digital gender gap has widened, and according to ITU men are twice as likely to use the internet than women.

Women make essential contributions to agriculture and rural enterprises across the developing world.

What is clear, is that the digital divide will only widen if key figureheads do not look at other ways to address the issue sooner rather than later.

Technology has opened many doors and empowered millions of people to drive their societies forward and Africa has been no exception to this.

No country can expect 100% performance if more than half its population is insufficiently equipped.

Globally the world needs all its talent to bring our agri-food industry to the level needed to feed this generation and the next.

Its capabilities reside on the shoulders of the many forgotten women toiling across the fields of the world.

It is our combined risibility to ensure they are equipped with the necessary technology and infrastructure to better their livelihood.

At GODAN, a global alliance of almost a thousand member organisations, comprising of governments, international & national organisations, private sector and academia, we are united in the common belief that working together, sharing data and its underlying knowledge puts us in a better position to address the global food security challenges that loom by 2050.