€81.9m project launched to aid over one million vulnerable farmers in Chad

Chad's climate has changed dramatically in recent years, with rising temperatures and a decrease in rainfall leading to 90% of Lake Chad drying out 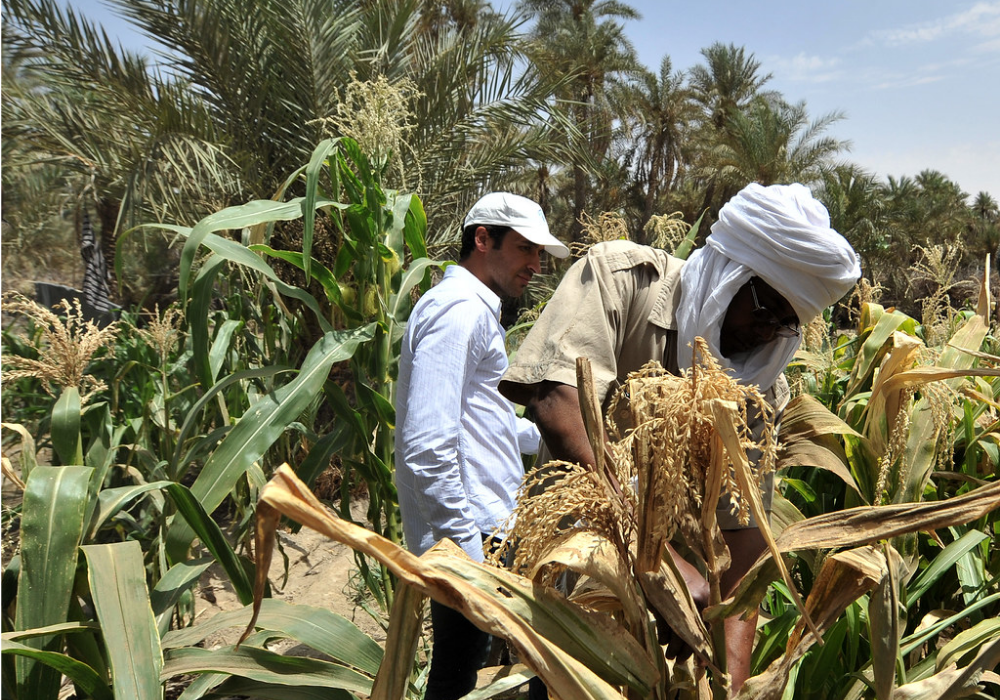 Chad has a population of almost 15 million and relies on small-sized subsistence agriculture (credit: FAO/Sia Kambou)

A new €81.9m ($92.6m) project aims to help farmers in Chad adapt to climate change and boost its agriculture sector.

It will look to improve the incomes and food security of more than one million small-scale farmers in the central African country, boosting an underperforming agricultural sector hampered by recurrent droughts and rain-fed farming practices.

“It is the men and women, the committed beneficiaries who are the actors of their own development.

“Projects are only catalysts, tools for supporting national policies and strategies for the implementation of operational action plans.”

Why farmers in Chad are vulnerable to climate change

Verisk Maplecroft, a global risk and strategic consulting firm, listed Chad at the top of its Climate Change Vulnerability Index for 2016.

Its climate has changed dramatically in recent years, with temperatures rising and rainfall decreasing, leading to 90% of its largest body of water, Lake Chad, drying out.

This has left a number of farmers at risk that are dependent on the lake for irrigation, which is the process where crops are supplied with water in order to help them grow.

A 2018 report by the UN Office for the Coordination of Humanitarian Affairs (OCHA) found there were four million people with limited access to food in Chad.

With a population of almost 15 million and as the 22nd largest country in the world in terms of land mass, it relies on small-sized subsistence agriculture – in which farmers grow crops to feed their own families, rather than to sell produce.

But insufficient rainfall has reduced crop production, leading to food shortages and malnourishment.

On the Global Hunger Index (GHI) for 2018, Chad ranked as the second hungriest of the 119 assessed nations.

How RePER project will help farmers in Chad

Despite the challenges posed by the decline of economic growth and the impacts of climate change, the Chadian agricultural sector offers significant development opportunities for smallholder farmers.

RePER was launched at a start-up workshop involving IFAD and government officials, and has set out a number of ways in which it will raise the performance and resilience of agropastoral family farms.

The new project also supports the Government’s national development plan towards the modernisation of the agriculture sector, the diversification of the country’s economy and the improvement of people’s quality of life.

RePER will be implemented in Chad’ Sahel region, mainly in the Guéra, Batha, Hadjer Lamis, Chari Baguirmi and Salamat regions.

It will extend its activities to four new administrative areas and complement the activities of the ongoing Project to Improve the Resilience of Agricultural Systems (PARSAT), which contributes to tackling the climate issues that smallholder farmers are facing in the country.

The Republic of Chad’s minister of livestock and animal productions Gayang Souaré said the government was satisfied with the PARSAT scheme, as well as results from a previous $20m project to build community cereal banks at smallholder farms in Guéra.

“It is based on these results that the two parties, government and IFAD, have engaged in this strategic step towards strengthening agro-silvo-pastoral resilience with the RePER project,” he added.

It claims these schemes have directly benefitted 294,350 rural households.